Scientists in China and the United States have jointly developed an electrolyte material additive. It is known that this additive can expand the operating temperature range of lithium-ion batteries, so that the battery can work at -40 ° C, and 60 ° C will not Affect performance.

The study was conducted by scientists at the Pacific Northwest National Laboratory. The team found that by adjusting the volume of the different additives in the electrolyte, they can develop lithium-ion batteries that maintain good performance at temperatures between -40 ° C and 60 ° C.

This work focuses on the use of different combinations of five electrolyte additives. It was found that there are three compound additives which form an optimum combination. This combination can improve the discharge performance at -40 ° C and slightly improve the stability of the cycle at 60 ° C. At 25 ° C, the battery can maintain a capacity of more than 85% after 1000 cycles. The research team described the method in a paper published in the Journal of Applied Materials and Interfaces of the American Chemical Society, which builds a robust electrode/electrolyte interface that allows lithium-ion batteries to be used at wide range of temperatures. 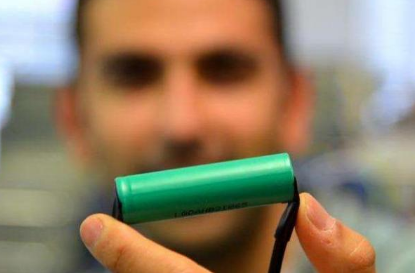 Lithium batteries, as well as most other types of batteries, lose performance and capacity in cold environments. Although it is not common for electric vehicles or stationary batteries to operate at minus 40 ° C, expanding the overall temperature range of the battery is also beneficial to improve battery performance at common temperatures.

The team's experiments focused on capsule cells based on nickel-cobalt-aluminum anodes and graphite cathodes, which are favored by Tesla and other battery manufacturers. However, it is unclear whether the same additives can be used to improve the performance of other popular battery chemistries such as lithium iron phosphate (LFP) or lithium nickel manganate cobalt (NMC).