1.Cause analysis of Internal Micro - short Circuit of Lithium Battery

On many failure mode of lithium batteries, the single cell internal short circuit is undoubtedly the greatest harm, the most difficult to predict and analysis, there is no way to protect the external control circuit. Internal short circuit caused by high temperature, high resistance, is also easy to cause a chain reaction of the battery.

Currently widely believed that single-cell internal short circuit may be due to:

1)Adsorbed on the diaphragm surface or the top of the single-cell battery shell, the bottom of the dust.Manufacturing environment, process control bad circumstances, will form a large number of positive / negative pole pieces of dust and welding caused by metal dust, and electrostatic adsorption on the surface of the diaphragm. Pole piece itself is not smooth, powder bonding strength is not enough, itself will cause this problem.

4)Lithium dendrites are formed on both sides of the separator,lithium dendrite is formed due to local electro-chemical reactions or overcharging .

7)External factors.The external mechanical force causes the deformation of the single-cell shell and then cause the diaphragm displacement and breakage,too high external temperature lead to diaphragm excessive contraction, damage, overcharge, forced discharge resulting in the formation of lithium dendrites of single cell, these all may cause internal short-circuit. 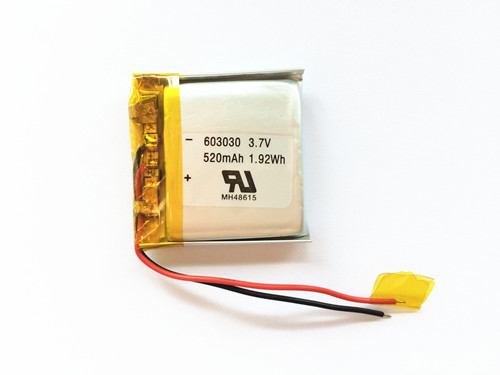 2.How to control the Micro - short Circuit of lithium battery ?

Lithium battery internal micro-short-circuit hazard control must be from the single battery design, material selection, environmental process control and many other aspects to prevent internal micro-short circuit. Furthermore, in order to minimize the influence of the internal short-circuit of the single-cell battery, the chain reaction does not occur, and the following problems must be noted in the design of the battery pack.

The overheat isolation device of single cell can have isolation effect when the single-cell occur internal short-circuit or external impact,stop the battery pack affect the failure single cell Charging/mandatory discharge ,and to prevent the failure of single-cell high-temperature, flame, explosives caused by interlocking adjacent single battery,thereby blocking the role.

2)The connection measures of single cell

The falling off or welding electrical connection(eg wires, nickel straps, setscrews) of the cells in the battery pack can cause local resistance to be too high, resulting in a high temperature in the area of the falling off point and causing internal shorts to adjacent cells.

3)Try to reduce the energy of single cell

Generally believed that the greater the energy of single cells, the number of groups of parallel and serial number of batteries less, the higher the reliability, which is from the parallel and parallel group reliability analysis is correct. However, if the single battery energy is too large, once out of control after the battery pack on the destructive power of the greater, in principle, the more likely to produce a chain reaction of the entire battery, resulting in uncontrollable situation. Therefore, it is important to select the proper cell energy design.

4)The series and parallel way of single cell

5)The control system of temperature

Need to use the temperature control system to make the temperature of single cell and battery pack in a safe range to ensure safety.Temperature monitoring system, forced air cooling, water cooling, oil cooling have been examples of applications, and to gradually appear in the corresponding standards.